Below is a sample essay on GST (Goods & Service Tax).

It will benefit you for the preparation of SSC CGL.

GST is an Indirect Tax implemented by the government on consumption. It is a destination based tax and is the tax biggest reform in India ever since the economy opened up. In 1991, when we adopted the policy of LPG (Liberalization, Privatization, Globalization). GST will be levied on all goods and services except three items which are : –

All details pertaining to GST will be decided by a GST council. It will headed by Union finance Minister Mister Arun Jaitley. Important decision making like when to implement, what shaal be rate of GST, on what items GST will be higher or lower, etc will be taken by GST Council.

The voting power of Centre in council will be 1/3 while that of States will be 2/3.

India maintains a quasi-federal structure & thus there will be 2 types of GST :

Central Board of Indirect Taxes (CBDT)

Many benefits & advantages are there in implementing GST. Such as, the cascading effect of taxes will reduce and hence the consumer will buy the same article at a lower price. There will be advantages for start-ups and small industries. Invoice making will become compulsory for every dealer thus reducing chances of unregistered sales. Tax erosion will come down and government & law enforcement agencies could easily find laxities and track down tax evaders. Also more people will come under tax net and thus tax base could increase and countries fiscal benefit will reduce.

There are some challenges to GST. Such as there is discontent between Union and States over classification of goods. Also, Centre will have to give compensation to States as they will lose out on collecting certain taxes. Policy advisers are also not in affirmation with Tax Slabs of 6%, 12%, 18%, 26%, where 6% is set for merit goods and 26% is set for rich luxury goods. The administrative and personal challenges are there as to how to compensate 100% of the tax to state. Also, State machinery would work less knowing they are going to get paid anyway. Also, issues of posting, promotions, seniority, etc will cause dissatisfaction.

Our India is a vast country and we still need to build big infrastructure and make interconnectivity between States to make GST successful and then implemented with full enthusiasm leading to higher revenue and Job growth in coming future. 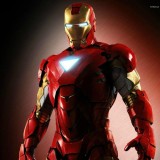