Terrorism is by far the biggest threat to the security of a nation. It is an organized criminal and violent activity by radicalized group of people in order to get their demands met. However, many of these demands are illogical and irrational. We have often heard, that “one man can be a terrorist for some and a freedom fighter for others”. But, it is important to see distinction between the two. The demand for freedom should not lead to killing of thousands of people and damaging critical infrastructure. Terrorism leads to no freedom.

Two aspects of terrorism are there. First is the physical aspect, the violence, bombings, shootouts, mass killings. Second one is psychological aspect that is to strike fear in people’s hearts. The fear of terrorism deters the life of normal people.

Terrorism can be of many types such as inspired by nationalistic thoughts like LTTE (Liberation Tigers for Tamil Elam) or ideological like Naration. It can be of religious nature like demand for Khalistan movement in Punjab. Ethnic difference may also be cause of terrorism like insurgencies in Nagaland and Mizoram (few North Eastern states to some extent). Bio terrorism is also there like Anthrax attacks by terrorism U.S.A. or use of chemical weapons against people.

A new level of terrorism has crept up recently like cyber-terrorism which involves hacking of government portal, databases to get information on employees and citizens. Also, Gene-terrorism which is use of modifying DNA of virus and bacteria and spreading the cause disease to people.

Lone-wolf terror attacks are getting common like killing of innocent people in France last year or in Turkey’s club. Terrorists often use unconventional and asymmetrical type of welfare tactics because they know that it’s impossible for them to take the government forces head-on.

Causes for rise of terrorism can be many. Such as, demands of people protesting against government policies. Secession of territory demand like of Khalistan. It could also be due to misguided radicalist religious ideology like ISIS (Islamic State of Iraq and Syria) or Boko Haram (Nigeria). Another cause can be domination of one (terrorist) ethnic group over the other.

Suicide bombings are commonly seen as a way by terrorists to kill innocent civilians of a country. The government needs to take big steps to curb terrorism. Surveillance of border areas and navy and coast guard patrols  to stop terrorists enter the country. Impose restrictions on State sponsoring of terrorism like Pakistan. Make people aware and secure public places like hotels, restaurants, stations, airports, etc. It is only when Indians don’t live in fear of terrorism, then they can live free and work for socio-economic development of India. 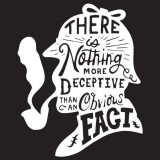 I am a student, enthusiastic programmer and computer geek. I am still learning advanced programming techniques and exploring the world of computers and technology.