Climate change simply refers to those undesirable effects in world in atmosphere and on land that have a negative effect on people and nature. Climate change can be natural or sometimes made by man. Recently from past few decades, people all across the world have been getting more concerned about it. The United Nations Framework convention on Climate change (UNFCCC), the Kyoto Protocol (1997) and even the recent ones like COP21 Paris, COP22 Marrakech, Morocco, are all working towards reducing effects of climate change.

There are some natural factors like Volcano activity, Ocean currents, Continental drifts that cause change in climate but also, man-made factors like Green House Gas emission GHG, release of Aerosols in atmosphere like CFC (Chloro Fluoro Carbons) & HFC’s (Hydro Fluoro Carbons). The CFCs damage the UV layer in atmosphere which is very dangerous. Deforestation and reduced agricultural area due to rise in Industries also adversely affects the climate change, and can lead to even worse conditions.

There are impacts of Climate change that are deteriorating for our Earth to sustain such a Population, as melting of Glaciers will cause rise in sea level and flooding of Coastal cities, also, Ocean acidification may occur. Wildlife, ecosystem is also at risk, more storms, cyclones like recent cyclones in India – Cyclone Vardah, Hudhud.

Environmental refugees are rising alarmingly, around 24 million people every year become refugees, and there is massive deforestation in Brazil’s Amazon forests which are called lungs of Earth, and sadly they are cut down 50 football pitches a minte.

India always has been a proponent and supporter of climate stabilization and emission reduction. In National Geographic / GlobeScan Consumer Greendex – 2014 India wasranked No. 1 in sustainability of consumption. We have National Action Plan on Climate change (NAPCC). Our Prime Minister, Narendra Modi called for International Solar Alliance at COP21 Paris. 121 countries have already joined and ISA is operational in Gurgaon, Haryana. Ministry of New & Renewable Energy aspires to generate 100GW by Solar energy to reduce emissions and fulfill India’s contribution in clean environment. 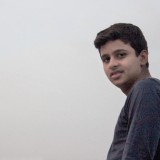 A swimmer by passion, doctor by profession. I am currently doing MBBS from ComedK University. I like political debates and Sudoku. I watch episodes, movies in free time.