The emancipation of Women from Social, Economical, Political Caste and Gender-based discrimination can be called as Women Empowerment. To ensure a woman her dignity, her rights, freedom to be oneself and avail any or all the opportunities granted in the Indian Constitution is the primary goal of Women empowerment.

Millenium Development Goals (2001-2015) demanded by Gender equality, educational opportunities for women to make them aware of their rights. The MDG’s further addressed the needs to make women financially capable and to have an occupation, make a living and be able to run a family.

Legal empowerment is one more aspect that is a part of Women empowerment, the law gives rights in written but these laws tend to not bridge the gap between men and women due to faulty implementation. There is a huge gap between number of women and men holding political party and constitutional posts.

Ace to Global Development Reports, it is now clear that women are equally competent and sometimes more intelligent than men in various Socio-economic activities. Women empowerment would increase their standard of living and reduce the  domestic violence, which is a serious threat to the growth of women. An educated women would not be easily cheated upon by treacherous men.

Women should fight against all discrimination – Women Empowerment

Welfare of Kids and good education are the prospects that are awaited once women are really empowered, otherwise making our India great may just stay a pipe dream !

Many challenges are the path of women empowerment such as, the biased perspective of some men who discriminate between male and female child right from the birth. The problems of dowry deaths and unjust divorces are equally serious.

Patriarchal society which ruled by diktats who call themselves guardians of archaic traditions which are highly prejudiced is a challenge along with stereotypical behavior and disrespecting women due to their lack of physical powers.

Sex ratio of 927 over 1000 males is still very bad in children in 2001 Census while in adults it was 933. It has improved in 2011 Census to 919 (Child), 943 (adults). This was also due to faulty implementation in Janani Suraksha Yojna, PNDTA (Pre-Natal Diagnostic Technologies Act.) Women reservation Bill to give 33% reservations has been stuck from 20 years since 1996 as lack of political will.

Therefore it can be said that empowered women will take India to greater heights and examples like Mother Teresa, Sarojini Naidu, Lata Mageshkar, Saina Nehwal, and many more will continue to be source of Inspiration.

Women are the largest untapped reservoir in the world. – Hillary Clinton 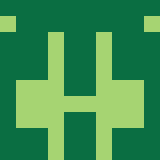 Hi ! I am a Mechanical Engineer by profession. I love food, adventure and travelling. What I likes the most is meeting awesome people all across the globe.