Clink on the link below to download pdf for March 2017 Current Affairs. Or you can also click on the image for downloading pdf.

March, 2017 began with a series of events which are covered in this pdf capsule. You may also like March important days. Subscribe to this blog for more such current affairs.

World’s oldest aircraft carrier was decommissioned in Mumbai. It was a centaur class ship if Indian Navy and was the top Ship in INS before Commissioning of INS Vikramaditya (Soviet-era) in 2013. It was called HMS Hermes in Royal Navy when began service in 1959 before transferring to Indian Navy in 1987. INS Vikrant is getting built with US help.

West Bengal government has given official status to Kurukh language as UNESCO has listed it as an Endangered language. Rajbangshi/Kamtapuri spoken in parts of North Bengal also is recognized by WB Govt. Kurukh is part of North Dravidian Group of Languages (malto, also known as Paharia). Kurukh is spoken by almost 18 lakh people and is written in Devanagari Script. It is spoken by Oraon tribes of Chotta-Nagpur Plateau and some areas of Bangladesh.

191 languages of India are Vulnerable or Critically Endangered. 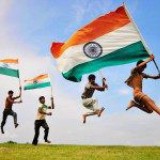